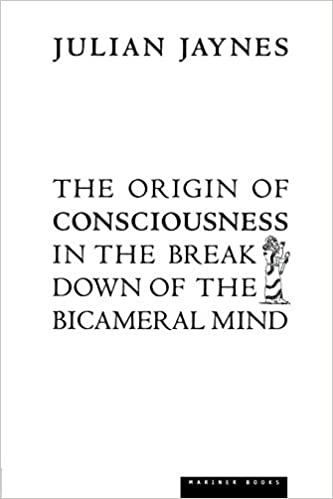 The Origin of Consciousness in the Breakdown of the Bicameral Mind

At the heart of this classic, seminal book is Julian Jaynes’s still-controversial thesis that human consciousness did not begin far back in animal evolution but instead is a learned process that came about only three thousand years ago and is still developing. The implications of this revolutionary scientific paradigm extend into virtually every aspect of our psychology, our history and culture, our religion — and indeed our future.

“When Julian Jaynes . . . speculates that until late in the twentieth millennium b.c. men had no consciousness but were automatically obeying the voices of the gods, we are astounded but compelled to follow this remarkable thesis.” — John Updike The New Yorker