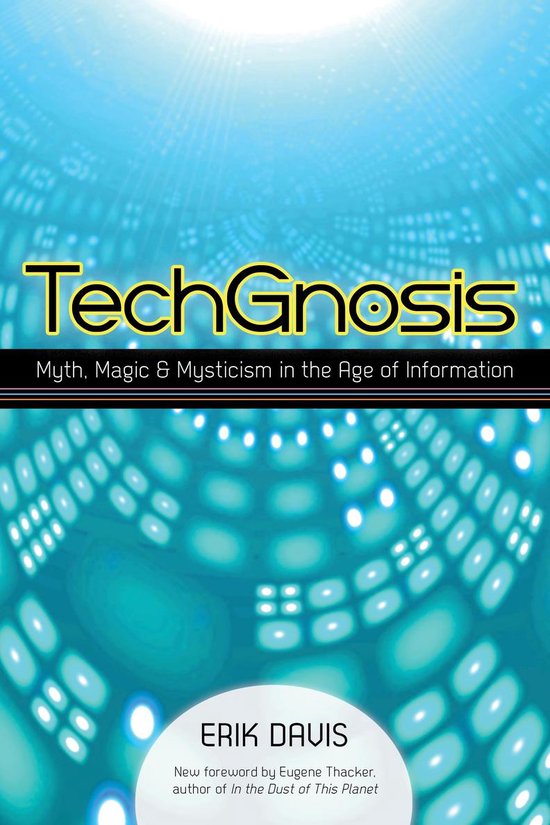 Techgnosis: Myth, Magic, and Mysticism in the Age of Information

How does our fascination with technology intersect with the religious imagination?

In TechGnosis – a cult classic now updated and reissued with a new afterword – Erik Davis argues that while the realms of the digital and the spiritual may seem worlds apart, esoteric and religious impulses have in fact always permeated (and sometimes inspired) technological communication. Davis uncovers startling connections between such seemingly disparate topics as electricity and alchemy; online roleplaying games and religious and occult practices; virtual reality and gnostic mythology; programming languages and Kabbalah.

The final chapters address the apocalyptic dreams that haunt technology, providing vital historical context as well as new ways to think about a future defined by the mutant intermingling of mind and machine, nightmare, and fantasy.

“TechGnosis is an essential work, tracing the co-evolution of technology with the urge for transcendence. It helps put today’s obsession with the singularity and post-human consciousness into perspective, without condemning them as mere symptoms of millenarian fantasy nor worshipping at the altar of the eschaton.”
—Douglas Rushkoff, author of Present Shock

“Erik Davis has written one of the best media studies books ever published. There’s never been a more lucid analysis of the goofy, muddled, superstition-riddled human mind, struggling to come to terms with high technology. Unlike most tomes about tech, the occult, and social theory, TechGnosis is literate, accessible, and funny. A real winner all around!”
—Bruce Sterling, author of Gothic High-Tech and The Epic Struggle of the Internet of Things