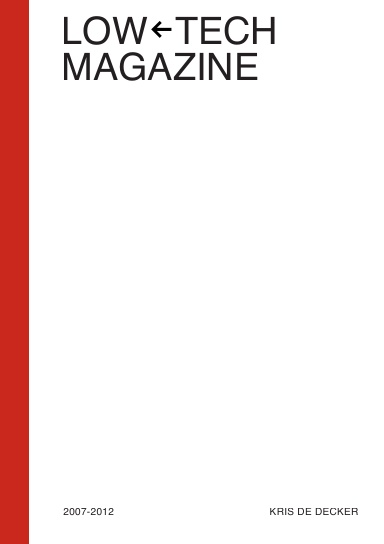 Low-tech Magazine underscores the potential of past and often forgotten technologies and how they can inform sustainable energy practices. Sometimes, past technologies can be copied without any changes. More often, interesting possibilities arise when older technology is combined with new knowledge and new materials, or when past concepts and traditional knowledge are applied to modern technology. Inspiration is also to be found in the so-called “developing” world, where resource constraints often lead to inventive, low-tech solutions. Contains 268 images in black & white.